Rather than just go over this week’s work (which was mainly systems and engine code, nothing glamorous) I wanted to talk about Consumables. Just for clarity, I’m referring to the typical array of items with limited uses that provide an interesting effect. Potions, wands, and scrolls are the most typical, but you could also count ammunition in there as well.

They’re a staple of the genre, everyone who can rub two dice together knows about potions of healing and scrolls of fireball. In roguelikes, they’re often mysterious at first. You find a potion, swirling with color, but you don’t know what it does. You can identify it with magic if you’re lucky, or you can just choke it down and hope for the best.

Over the last week I’ve been collecting opinons and having discussions with a number of roguelike fans and critics, a number of whom contributed to The Seven Day Roguelike Challenge held a couple of weeks back. What are some of the issues with consumables in games today?

The mysterious aspect is the number one feature. Potions can often be dangerous instead of helpful: sure maybe it’s a healing potion, maybe it’ll light you on fire from the inside. Unfortunately, they’re also necessary to stay alive in difficult situations. Using the right potion at the right time is a key part of surviving and winning. However, player’s attitudes towards this are mixed. It’s almost a foregone conclusion that early potions are going to be wasted if you are being safe. 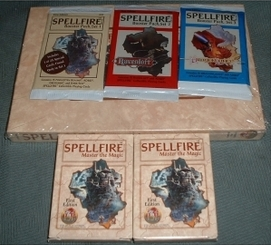 Antinumeric: “If they start off unidentified then the best thing to do is frequently unintuitive (find a safe spot and chug, pray you don’t get a good potion that youd want to use later) and they are more useful if the player memorises all the different possible potions so they don’t need to drink them all.”

100 HOGS AGREE: “I have never had fun identifying items in roguelikes. I have always found it to be a massive chore and I usually end up putting off identification for as long as I possibly can (usually this time is after I have died).”

On the other hand, it’s fun stumbling across old and forgotten treasures that contain unknown power. Finding that [?Mysterious Sword?] and seeing it become a Mighty Nightsteel Blade of Suffixes + 10 is a great feeling.

Dross: “I love identifying tons of items at once, it scratches the same itch that opening sealed product in Magic does.”

doctorfrog: “Item ID is a weird thing that is both a pain, but also a somewhat enjoyable strategy puzzle that I don’t think you can take out of a good roguelike.”

Dungeonmans is going to approach this from an angle that gives the player the option of passing knowledge from one generation to the next. Upgraded locations such as the Alchemy Lab or Enchantry at the Academy can give new heroes a head start on consumable IDs, with more being revealed as the Academy grows. Players are free to decline this power as well, meaning that those who want to stick to the old ways can do so.

When a potion can bring you back from the brink of death, or cause your muscles to burst with incalculable strength, it seems wise to save them for the right moment. Such are the thoughts of many dead Dungeonmens, who let the right moment pass by unknowingly. The hoarding instinct is a strong one, but what most players don’t realize is that games are usually balanced around active use of consumables. Hanging on to them makes early fights harder, and if you hang on to them too long, you’ll outgrow their usefulness.

Roctavian: “Certainly you have to exercise some restraint and not, say, drink a potion of curing in Crawl every time you get poisoned or sick, but it’s generally far better to spend than save. ‘Dying with useful consumables in your inventory’ is practically an insult in the Crawl community.”

andrew smash: “There’s no reason to hoard your cure light wounds potions that might heal 1d6 HP or whatever to use in later fights when that amount of damage might be trivial and not worth wasting a turn over.”

What could help this? Games that employ shops give the player an opportunity to offload unwanted gear, generally allowing them to turn four or five of an item into one that they actually want. Actual Alchemy is another option, letting players mix, match, and dissolve items until they brew the thing they want– or a deadly poison.

Indecisive: “I guess the most important thing I hope for in future roguelikes is for every consumable to be useful… (and) I’d like to see consumables that aren’t the same stuff that gets pulled out for every other roguelike. Sure, they are staples because the mechanics support them the best, but damn, lets get creative!”

Antinumeric: “If I’m in combat and panic-drinking potions I don’t want to get paralysis, I want to get something that can help, but only if I use it correctly, like temporary electric skin, or flaming weapons or the ability to walk through monsters.” 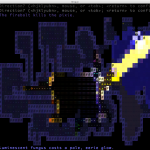 It is absolutely time to step past the traditional uses of these items and into more interesting waters. Scrolls and wands are often the methods which roguelikes use to grant additional power to characters, even the tubbiest fighter in the heaviest plate armor can use a wand of speed, levitate or teleport. In Dungeonmans, though, powers like those are part of the mastery system, which means they’re available to nearly any character that’s created.

Dungeonmans has a solid collection of “staple” consumables, ones that players expect. But there are also consumables that let you do things you can do in no other way. The most challenging aspect of that sort of development is keeping at least one foot on the ground. There’s a line between creativity and novelty, usefulness and goofiness. Even in the most lighthearted of games, players tend to roll their eyes at the 20th Wand of Comedy they pull up. One option is to combine perks with drawbacks, of which there is no finer example than Morrowind’s Boots of Blinding Speed.

That’ll do for today. Many thanks to the bustling roguelike community at the Something Awful forums for joining the conversation.