Here’s the first look at the new and improved Scrobold Warrens! 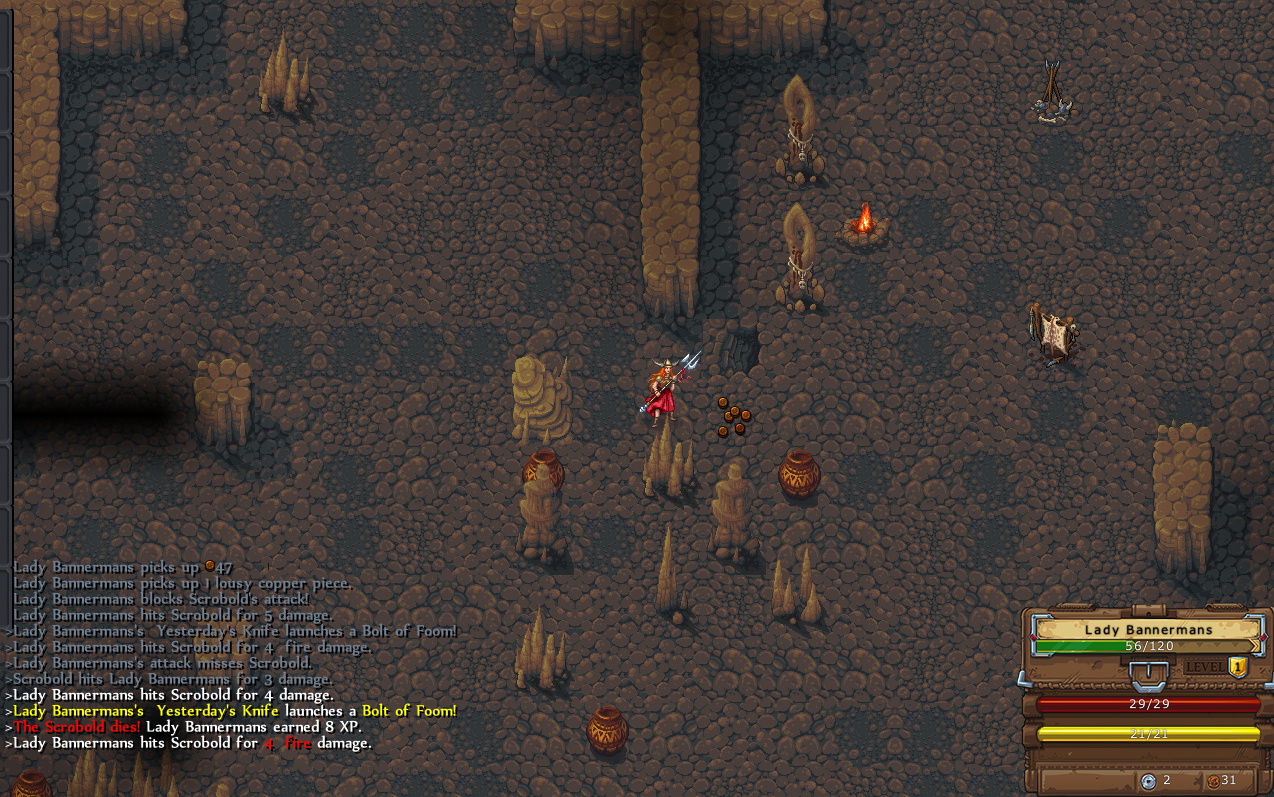 The walls, floors, and all the props have been reimagined and brought up to the new Dungeonmans standard. Most importantly, I also fixed the bug where loot would spawn in the walls. Pretty sure. If loot does spawn in the walls, it will look awesome doing so.

I’ve been working on a new type of encounter in the Overworld, the Fortress Siege. Deep into the dangerous lands away from the Academy, you’ll find the occasional stronghold of a terrible Warlord. These walled strongholds aren’t just dungeons made to be waltzed into. You’ll need to take them head on and break down the gate, then crush the iron-hearted ruler inside. 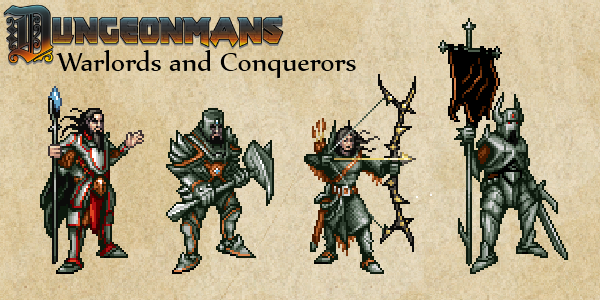 You’ll have the assistance of some Mans At Arms, as well as the Academy Ramsmens, ready to force down the gate if you can keep them safe from enemies in the field and on the castle walls. Dungeonmans isn’t some grognard siege warfare simulator, so you won’t be burning granaries and digging trenches, you’ll be kicking ass and inspiring the well meaning AI around you to fight harder.

Towns are easily the most boring part of the Dungeonmans Summer Preview. The shops are lackluster, the innkeeper is just-ok, and the whole thing just feels average. Thanks to your help getting Dungeonmans over the top, I’ve got the time to fix that. One of the first additions will be Purloined Goods and the town’s Merchant Level.

You’ll find crates of Purloined Goods in the world as parts of treasures caches everywhere, as well as a guaranteed drop from Roadblocks. You can drop these off with the Mayor of any town (yes, any town– don’t worry about who stole what from where, we’re all in this together) and increase the quality and quantity of items in the shops there. This means that towns will now maintain their layouts between heroes. Did you find a sleepy hamlet with the absolute best collection of boots for sale? Well why not level them up and have a legendary collection of magical footwear of all shapes and sizes available for generations to come?

You don’t have it yet. I haven’t announced an Alpha date, and good thing, because the personal one I set for myself has already slipped. Why? The most important reason is that there’s going to be a great tsunami of code and content coming out this month, and I want them to be part of the Alpha as well. What tidal forces are colliding to generate such tsunmariffic tsunamations? You’ll find out tsun.

It also has something to do with the renderer not quite being perfect right now as it transitions from old style to new. Maybe.

The time is coming for contacting you and finding out what you’d like to see in game. It might happen before the Alpha starts, or just after. You’ll get an update when the feature is ready, and the window to respond will be very generous, just like you.

That’s it for now! As always, drop me a line if you’ve got something on your mind: jim@dungeonmans.com