Besides a bushel of bug fixes, there’s been an update to Towns, the Sword and Board skill line, and a whole mess of new art. Most magically, this should be (fingers crossed!) the last time you ever need to start a new Academy due to a game update. That S won’t fly come Beta, and I’m trying out my solution now.

Right now Dungeonmans is sitting at #49 on the Greenlight charts. Is this month the month? Is that the summit we see ahead? Perhaps it is a monster with a summit-shaped crest, which it uses to lure in prey. You won’t be fooled though: careful, cautious, and on guard! 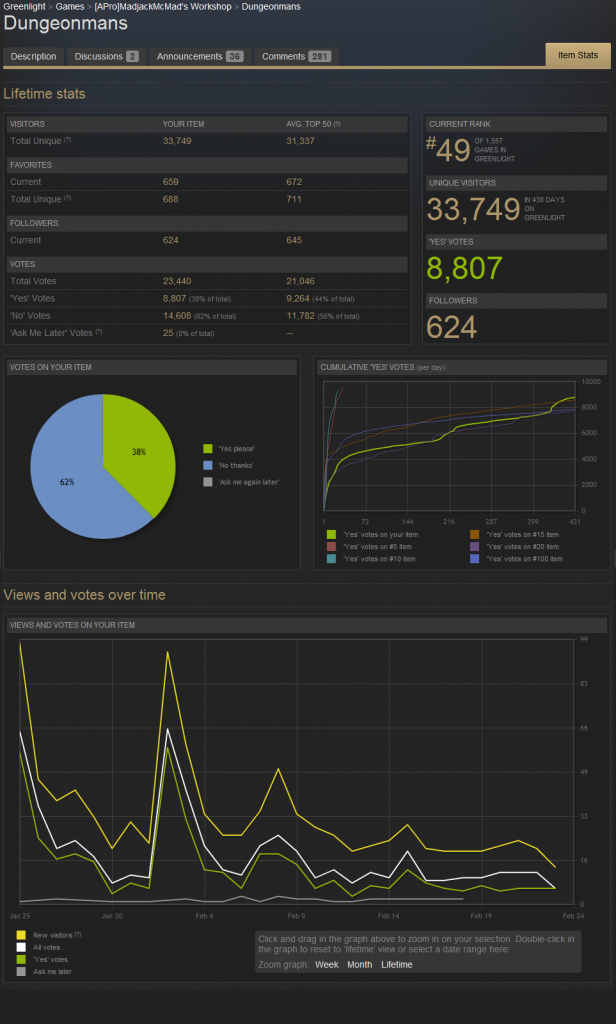 Sword and Board Overhaul

Wreck Armor and Danger Shuffle were unintersting powers that no one used. I’ve tried to make the skill line more interesting. Sword and Board continues to focus on a mix of defense and offense, using rushes to get you into (and out of!) trouble.